Elite Tickets offers a wide selection of day trips both within the UK and on the continent.

Unless otherwise stated, coach transport for each trip is from Braintree, Witham, Chelmsford or Brentwood.

Wells is one of the most attractive towns on the North Norfolk Coast. From the long sweeping beach bordered by pine woodland, along the gentle harbour with small fishing boats and children fishing for crabs, past the independent shops on Staithe Street, to the tree-lined park with its fine Georgian houses, quiet pubs and restaurants – Wells is an unspoiled seaside destination, waiting to be discovered.

A Summer’s Day in Thorpeness & Aldeburgh
Saturday 5th September 2020
£29.50 per person
Join us on this delightful day out to the Suffolk Coast !

The small village of Thorpeness is dominated by the Meare, which is open all year round and bears witness to the village’s fantastical past. Thorpeness was the dream of wealthy Scottish barrister Glencairn Stuart Ogilvie. Originally a fishing hamlet called Thorpe in what would later be designated an Area of Outstanding Natural Beauty, it was seen by Ogilvie as the perfect place to create an adult playground for his family and friends. Once complete, he renamed it Thorpeness to distinguish it from all the other Thorpes in East Anglia, and one of the most unique villages in the country was born.

Join us on this day out to the wonderfully preserved medieval village of Lavenham where there will be plenty of time to browse the shops, purchase lunch or maybe take our optional walking tour of the village.

Located in the heart of the stunning Suffolk countryside, Lavenham is considered to be Britain’s best preserved medieval village and one of Suffolk’s most important wool towns. Medieval charm can be found at every turn with timber framed buildings lining the narrow streets and lanes leading up to the impressive market place. There is a rich history to discover – Lavenham was the 14th richest town in Tudor England thanks to its famous Lavenham Blue broadcloth. 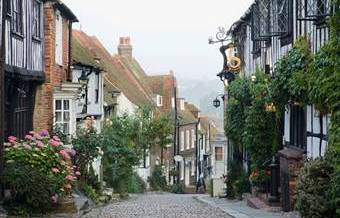 Perched on a hill, the medieval town of Rye is the sort of place you thought existed only in your imagination. Almost suspended in time, Rye’s unhurried atmosphere and enchanting streets draw visitors with their warm welcome. It’s small enough to make you feel at home almost straight away but holds enough secret treasures to entice you to stay longer. 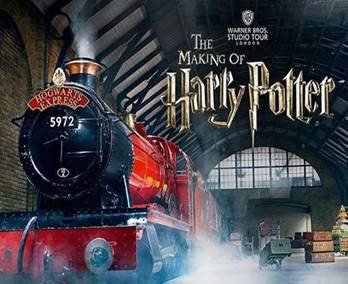 A treat for all Harry Potter fans !
Join us as we enter the spectacular world of Harry Potter, and take a behind-the-scenes look of this worldwide phenomenon. The Harry Potter Studios Tour allows you to enter the enchanting world of one of the most successful film series of all time.

Join us on this magical festive day out to Norfolk.

After departing the Essex area early afternoon, we shall stop en route at Fakenham for a short break before heading to our final destination in Sheringham.

Departing Sheringham under the cover of darkness, The Norfolk Lights Express – fully decorated with multi-coloured lights, will steam it’s way through the countryside between Sheringham and Holt. 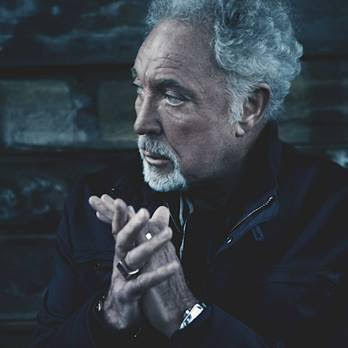 The price includes luxury coach travel from Essex
and a ticket to the Premier Enclosure* for both the racing and the concert
Newmarket Nights allow you to enjoy a unique evening of racing followed by a concert in this incredible and beautiful setting.

As he celebrates a landmark 80th birthday this summer, Tom will be returning to Newmarket Nights where he’ll be performing hits from his huge repertoire, spanning genres and generations including ‘Kiss’, ‘Delilah’ and ‘It’s Not Unusual’.

“Twenty years from now you will be more disappointed by the things you didn’t do than by the ones you did do.……..
Explore. Dream. Discover.” – Mark Twain

We use cookies to ensure that we give you the best experience on our website. If you continue to use this site we will assume that you are happy with it.OkPrivacy policy